Studio Lambert has continued to tap into the success of Gogglebox, securing a second spin-off series which will revolve around a cast of teenagers.

The first 6 x 60-minute series of Vlogglebox will air on E4 from 18 June and follow the reactions of a group of 16 to 24-year-old viewers as they watch the latest online videos via their phones, laptops and tablets. 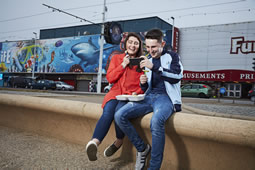