VH1 has picked up Model Employee, a new reality competition series featuring eight models vying for the chance of becoming the face of the Mandalay Bay Resort & Casino.

American model Chrissy Teigen will host the series from Studio Lambert, which has received an eight-episode order for a premiere in early 2013. 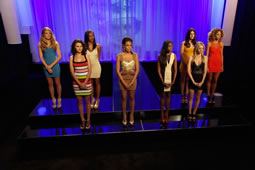