truTV has ordered a new eight episode series that follows a former state trooper and his team as they go after people engaged in illicit activities, from dealing drugs to fencing stolen goods.

The series is produced jointly by Studio Lambert and Zoo Productions and is set to premiere in March 2010. 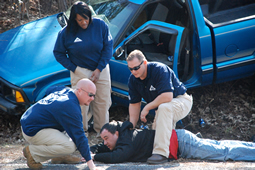