The Human Trafficking Foundation hosts the Anti-Slavery Day Awards each year to recognise journalists, filmmakers and broadcasters who have exposed issues of modern slavery, and to celebrate organisations and individuals who have made an outstanding contribution to the fight against modern slavery. 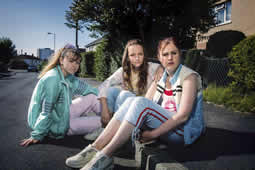