Sara Murray has joined the Studio Lambert drama team as an executive producer.  She will work with Sue Hogg on the development of new drama series.

Sara was previously the television drama development producer at Cowboy Films.  She was the associate producer of the Channel 4 returning series Top Boy.

Prior to that she worked at Channel 4 as the drama development editor, across series, mini series and singles, including Misfits, Red Riding, Fallout and The Devil's Whore.

Before moving into drama development, she script edited a number of drama series and serials, including Whistleblowers (ITV), Dr Zhivago (ITV), Totally Frank (C4) and EastEnders (BBC One) 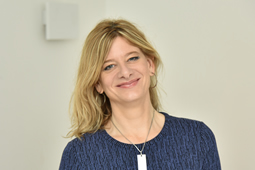