“As the leader of the team behind the Channel 4 hit Gogglebox, and creator of such world-beating formats as Undercover Boss, Wife Swap and Secret Millionaire, Stephen Lambert’s innovative flair and penchant for big, bold ideas has provided the unscripted genre, and television itself, with some of its greatest moments,” said realscreen editor and content director Barry Walsh.

“We at realscreen named Stephen as one of our Trailblazers for 2013 in our publication, and this award is meant to further recognize and reward the creativity he’s displayed throughout the course of his career.” 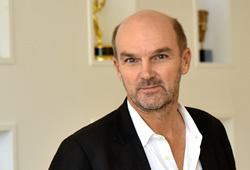