The Royal Television Society has announced a number of new Fellows of the RTS.  Fellowships are awarded to those who have made an outstanding contribution to the television industry. 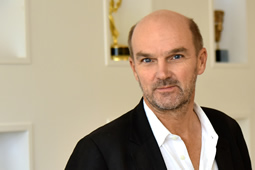