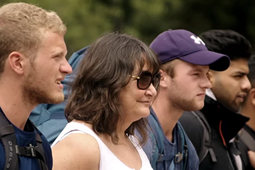 Season Two of Race Across the World attracted an average 3.7 million viewers with a 14.8% share, exceeding the slot average by 47%.

The second series grew its audience by 46% from the first and is the second highest-rated programme on BBC Two this year behind Top Gear.