BBC Two channel editor Patrick Holland announced our new topical comedy series at the Edinburgh Television Festival. Due for launch in early 2017, Common Sense is an unscripted comedy featuring members of the public from all over the country, in pairs or threesomes, voicing their opinions about the week’s news in conversation with each other while at work or playing golf or doing an exercise class. 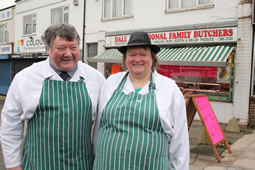