Studio Lambert is to make a reality dating show for ITV2 called Three.

The 8 x 60-minute series will be fronted by Big Brother's Bit On The Side presenter Emma Willis and follows the lives of three women as they attempt to find love.

As they search for a partner, they will share their lives and emotionally support one another during the dating and decision-making process.

It is based on a format pioneered by Israeli broadcaster Keshet Broadcasting. 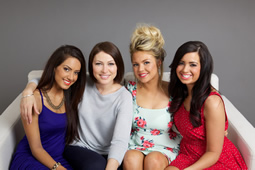