“Maddie has been an outstanding head of development and I’m delighted she is going to be stepping up to take on an executive producing role,” says Susan Hogg, Studio Lambert’s head of drama, “and James is a hugely talented drama creative who has already made his mark on our expanding slate. We are absolutely thrilled that he has joined the team at such an exciting time for Studio Lambert drama.“ 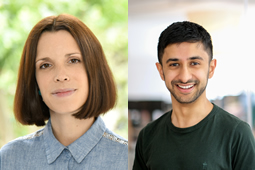