Channel 4 has commissioned a second run of B&B series Three in a Bed and topped up the order with a stripped daytime version.

Studio Lambert will produce 10 x 60-minutes of the primetime version. The new daytime version, titled Four in a Bed, will feature half hour episodes stripped over four weeks (20 x 30mins). 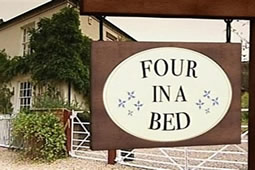