CBS has announced that it will premiere Undercover Boss in the coveted post-Super Bowl timeslot, launching February 7 about 10 p.m. ET/7 p.m. PT.

The Super Bowl is the most watched television event of the year. Boss will then move to Sundays at 9 p.m. starting the following week, February 14, behind the return of The Amazing Race. 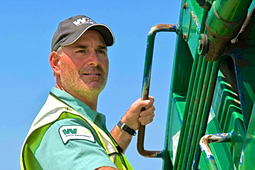