Since getting married in 2006, actors Tori Spelling and Dean McDermott have starred in a number of reality series showcasing their lives as a happily married couple.

True Tori launched on Lifetime in 2014 and features the Hollywood couple during a time of very public marital troubles in the months following media reports of infidelity by Dean, which he admits to during a therapy session seen on the show. In a rarity for a reality show, the episodes air just weeks after they are filmed to give viewers a near-real-time look at the couple as they try to keep their marriage from ending. 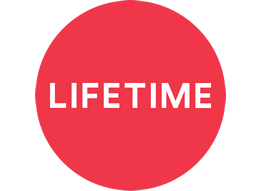