Undercover Boss has been nominated for a Primetime Emmy in the category of Outstanding Reality Pogram.

The other nominees are Jamie's Food Revolution, Kathy Griffin: My Life on the D-List, Dirty Jobs, Mythbusters and Antiques Roadshow.

The winner will be announced at the 62nd Annual Primetime Emmy Awards (in the creative arts categories) on Saturday, August 21. 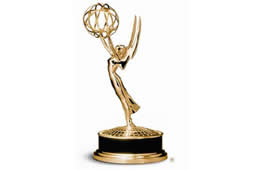