BBC Two has handed a two season renewal to Race Across The World; picking up the hit series for a second and third season. Eight episodes have been ordered for each of the two additional seasons.

The bumper renewal comes after the show’s first season, which aired this spring, managed a consolidated average audience of 2.5 million viewers. The final episode was the highest rated episode of a new factual entertainment title on BBC Two since 2016. 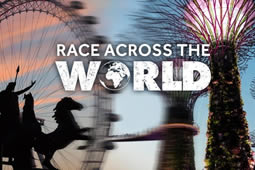