ABC  has ordered The Hustler, a new mystery-based game show hosted by Craig Ferguson and produced by Studio Lambert in LA.

Based on an original format by British TV and radio host Richard Bacon, each episode follows five contestants as they collaborate to answer a series of trivia questions, with the goal of building a collective prize pot that increases with each correct answer. The catch? One of the five contestants, the Hustler, already knows the answers but must keep their identity a secret. 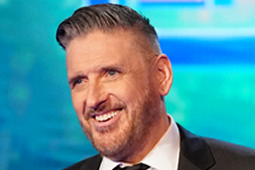